The Super bowl win of the Patriots as a metaphor:

Only One thing Matters

Letter to a prisoner 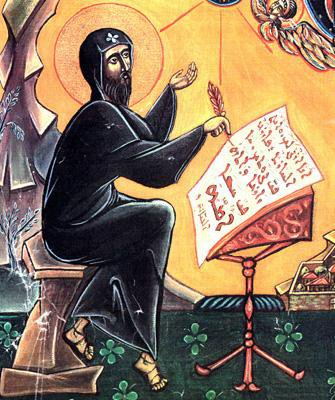 A quick note. I went to …. on Wed, … on Thu, and brought food. This week was very convenient, because this is a fast-free week. I brought Greek Salad, baklava (a Greek pastry – not sure if you have had it), and French Market coffee. They loved it. I did not get permission to bring this to the guys at Powledge, for reasons that are unclear.

I badly missed seeing you. I was told you are in school. I remember something about that. I hope that you can come other times. We had a nice relaxed time. I tried to talk about the upcoming Great Lent, but I was only moderately successful. George Michael was with me, and we talked a lot about the Patriots of all things.

I know football, but do not really follow it much, however, I love to see the spiritual side of secular things. Tom Brady is being acclaimed as the GOAT – Greatest player of all time, and he certainly showed many skills’ in bringing his team back to an amazing win. It could have easily been another story. Life is fickle, and most often not fair. There is a lot of randomness in life in the world.

The football geek in me will explain. The Patriots scored a touchdown and 2-point conversion after the Falcons suffered a strip-sack. The momentum was on the Pats side. The Falcons were reeling – but still ahead by 8 points with a very little amount of time left to go in the game. They drove well within field goal range, and could have run the ball three times, to run the clock down to near the end, and then kicked a field goal. This would have made it very near to impossible for the Patriots to win. Instead of running the ball, they inexplicably tried a pass, and were sacked. They were now outside of field goal range, and were FORCED to pass to get back within range. On the next play, they had a penalty and were pushed further back, and eventually punted. The Patriots, full of confidence, drove down the field and scored a touchdown, and converted another 2-point conversion, and tied the game. In that drive, Tom Brady, acclaimed to be the greatest – made a human error, as we all are prone to – and threw a bad pass that should have been intercepted. Instead it was tipped, and the receiver made an absolutely incredible, game saving catch. This was VERY unlikely!

In the overtime, the Patriots won the toss, The Falcons were showing by their body language that they were terrified they were going to lose this game, and New England drove down to about the 1 yard line. It seemed certain that they would score a touchdown and win the Super Bowl.  Instead, Brady threw another terrible pass, that the defended undercut, and SHOULD HAVE intercepted. If he had intercepted it, he would have likely run the ball back a long way, even for a game winning touchdown. Instead, the ball deflected off his hands. On the next play, The Patriots scored. It was a day for the Patriots, and Tom Brady to have worldly glory, and for the Atlanta Falcons to mourn their loss.

For entertainment value, and implausible endings, the game was incredible. As a metaphor for the uncertainty of life and that there is only one thing we may depend on – it was even better.

Next year, men will play to win the Super Bowl again, and there will be incredible plays and heartbreaking consequences. The best team may win, or it may lose. None of this matters. All that matters is if we acquire the Holy Spirit. If we do this one needful task, there will never be anything random, or unfair, or unjust in our life.

I was blessing a house the night of the Super Bowl, and saw the last ten minutes only. I would never recommend that a Christian would watch the half-time show, which as usual, was propaganda for an immoral lifestyle.

The world defines meaning and purpose total differently than Christians. For the world, it is what they see and touch, what they desire, and what they accomplish in temporary things that defines their life. Many people have their desires and opinions dictated to them by their peers, and media, since, not understanding the meaning of life, they listen to others, equally confused, tell it to them.

For Christians, our meaning and purpose are defined by the fact that we are fearfully and wonderfully made, in the image of God.

Please write me soon. I hope to see you May 22. I will serve liturgy.

Not to sin is truly blessed; but those who sin should not despair, but grieve over the sins they have committed, so that, through grief they may again attain blessedness. It is good, then, to pray always and not to lose heart, as the Lord says, And again the Apostle says, ‘Pray without ceasing’, that is by night and by day and at every hour, and not only when coming into the church, and not bothering at other times. But whether you are working, lying down to sleep, travelling, eating, drinking, sitting at table, do not interrupt your prayer, for you do not know when he who demands your soul is coming. Don’t wait for Sunday or a feast day, or a different place, but, as the Prophet David says, ‘in every place of his dominion’.

Whether you are in church, or in your house, or in the country; whether you are guarding sheep, or constructing buildings, or present at drinking parties, do not stop praying. When you are able, bend your knees, when you cannot, make intercession in your mind, ‘at evening and at morning and at midday’. If prayer precedes your work and if, when you rise from your bed, your first movements are accompanied by prayer, sin can find no entrance to attack your soul.

St Ephraim the Syrian, On Prayer

On the Night of Nativity. Pure is the present night, in which the Pure One appeared, Who came to purify us!

Let our hearing be pure, and the sight of our eyes chaste, and the feeling of the heart holy, and the speech of the mouth sincere!

The present night is the night of reconciliation; therefore, let no one be wroth against his brother and offend him!

This night gave peace to the whole world, and so, let no one threaten.  This is the night of the Most Meek One; let no one be cruel!

This is the night of the Humble One; let no one be proud!

On this day of tranquility, let us not become agitated by anger!

Today God came unto sinners; let not the righteous exalt himself over sinners!

Today the Most Rich One became poor for our sake; let the rich man invite the poor to his table!

Today we received a gift which we did not ask for; let us bestow alms to those who cry out to us and beg!

The present day has opened the door of heaven to our prayers; let us also open our door to those who ask of us forgiveness!

Today the Godhead placed upon Himself the seal of humanity, and humanity has been adorned with the seal of Godhead! St. Ephraim the Syrian (circa 306-373)

This letter is at: